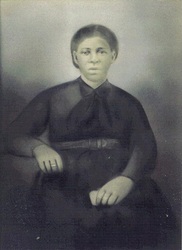 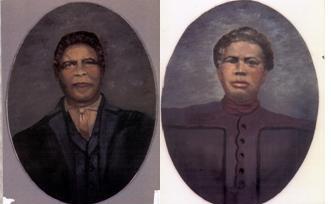 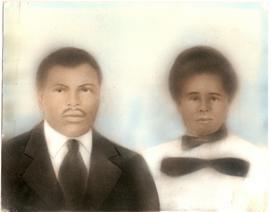 It had been nearly 50 years since Vesta Dean moved out of Smokey Hollow. But she was one of the matriarchs who anchored the close-knit black community that is now on the National Register of Historic Places.
Dean died Friday at age 96. Her funeral is Saturday at 2 p.m. at Springhill Baptist Church on Old St. Augustine Road — which she attended for 77 years.
"She was a model person," said Springhill pastor Willie Manning. "She was probably the most perfect of all the unperfect people I've met."
Dean was raised in Cordele, Ga. She and her husband, Edmond Dean Jr., moved to Tallahassee's Smokey Hollow neighborhood in 1932.
Smokey Hollow was a neighborhood of black workers just east of the Capitol. Dating to the founding of Tallahassee, it gained its nickname from the numerous home chimneys whose smoke hovered over the low-lying area.
The neighborhood began to be evacuated in 1957 for construction of Apalachee Parkway. In 1964, the Deans and most remaining families left to make room for construction of the state Department of Transportation.
In 2000, the neighborhood was listed on the National Register.
Vesta and Edmond Dean rented their three-bedroom home from Marvin Collins, father of Florida Gov. LeRoy Collins. Vesta worked as a maid for several prominent white families, then later for a local dairy and Florida State University.
Edmond Dean, who died in 1964, worked for a sawmill near the railroad depot — where he was responsible for sounding the daily 6 a.m. whistle that woke up Smokey Hollow residents for work.
The couple raised eight children — seven girls and a boy — and Vesta kept a tight rein on her children.
"We couldn't go any farther from home than church, and she picked out what friends could come visit us," said daughter Elrea Wilson, a retired nurse. "Boys always wanted to come around because there were seven girls — but she'd send them packing."
In 1964, the family moved to Clay Street on the west side of Tallahassee, where Dean earned the nickname "Big Mama" from her grandchildren.
"She was very outspoken and a very firm disciplinarian," said granddaughter Beverly Jenkins. "Whenever any of the grandkids would act up in church, all she had to do was give us a certain look, and we knew we were in trouble when we got home."
Vesta and Edmond Dean, who had only sixth-grade educations, emphasized education for their children. They paid for all eight children to enroll at Florida A&M — though it was up to each child to earn enough money to finish college. Five earned degrees from FAMU and all eight went on to successful careers.
"It's obvious education was important to the family," said Althemese Barnes, executive director of the Riley House museum of black history. "She was just a hard-working lady and helpmate, who was typical of many in Smokey Hollow."